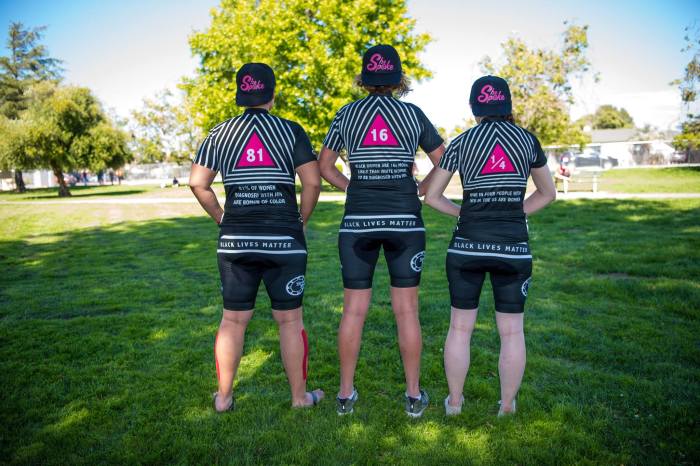 SheSpoke is one of the few all-female bike crews that complete the 545-mile AIDS/LifeCycle ride down the coast of California each year to raise funds and awareness in the fight against HIV/AIDS.

When it came time to design their cycling kits, we felt it important to focus on women. During our research, we found that 81% of the women diagnosed with HIV are women of color.

To strengthen what became a message of solidarity, education and support, we decided to team up with cyclists-of-color team the Brown Brakers, who were also participating in AIDS/LifeCycle. With the two team’s powers combined, we agreed on kit objectives below. 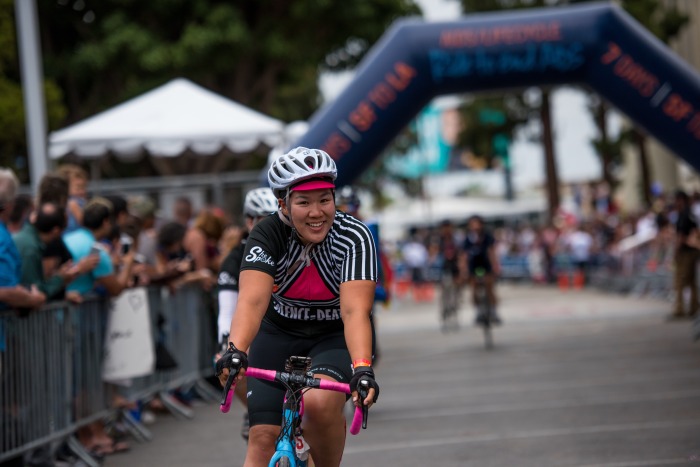 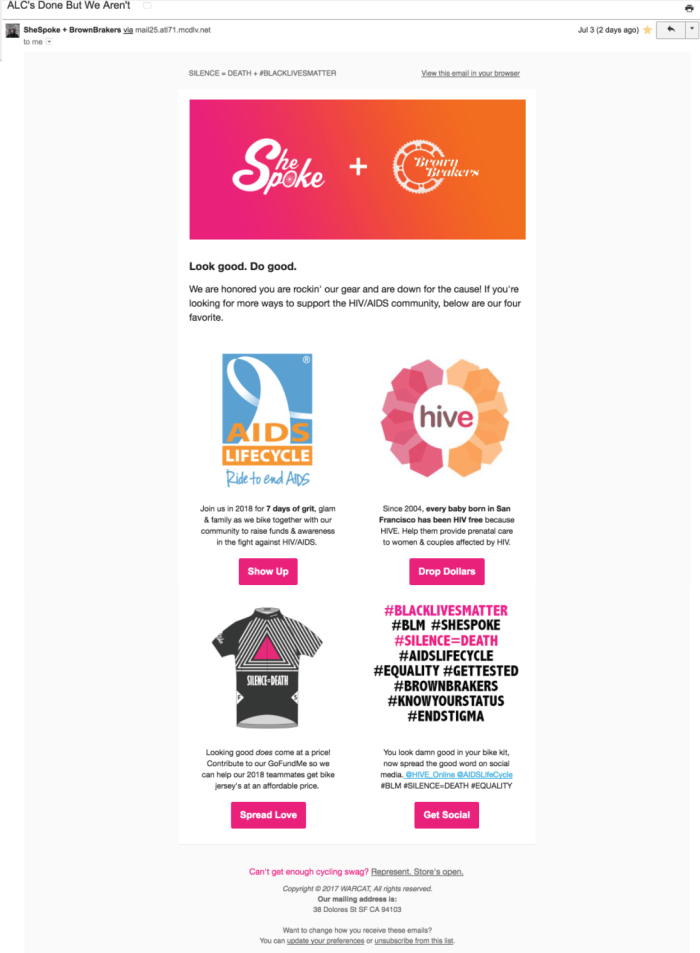